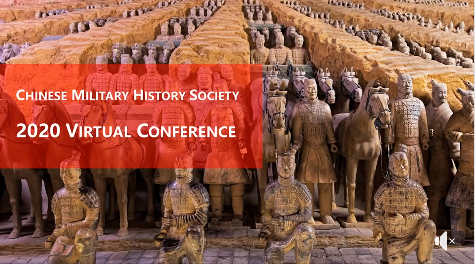 Due to ongoing pandemic, the 2020 conference was held virtually on facebook, videos of the presentation are available on our facebook page https://www.facebook.com/ChineseMilitaryHistorySociety/ 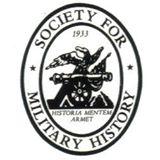 The Chinese Military History Society will hold its 2020 conference in Arlington, VA, on Thursday, April 30, in conjunction with the annual meeting of the Society for Military History. The program will be sent to CMHS members in February.

Issue 8.2 of the Journal of Chinese Military History was published in November. It includes five book reviews and the following articles:

The deadline for submissions to be considered for the 2019 Dreyer Prize has been extended until the end of December 2019. For full details about the prize competition, please see the announcement copied below.
The Journal of Chinese Military History invites submissions for the Edward L. Dreyer Prize for the best article in Chinese military history by an early-career scholar. The late Professor Dreyer was a pioneer in the field of Chinese military history, publishing in a variety of historical periods, and an enthusiastic supporter of the Chinese Military History Society from its inception. The initial Dreyer prize was awarded to Shao-yun Yang in 2016 for his article "Letting the Troops Loose: Pillage, Massacres, and Enslavement in Early Tang Warfare." The Journal of Chinese Military History is a peer-reviewed semi-annual that publishes research articles and book reviews. It aims to fill the need for a journal devoted specifically to China’s martial past and takes the broadest possible view of military history, embracing both the study of battles and campaigns and the broader, social-history oriented approaches that have become known as “the new military history.” It aims to publish a balanced mix of articles representing a variety of approaches to both modern and pre-modern Chinese military history. The journal also welcomes comparative and theoretical work as well as studies of the military interactions between China and other states and peoples, including East Asian neighbors such as Japan, Korea, and Vietnam. The prize will be awarded to an academic article of outstanding quality in the field of Chinese military history written by a graduate student or an early-career scholar.The winning article will be published in the 2020 volume (9) of JCMH, and will officially be announced as the prize winner in the journal volume as well as on the journal webpage.The winner will receive a cash prize of 500 USD. In line with JCMH’s general guidelines, submissions should be an original contribution to the field of Chinese military history that is of broad interest; there is no chronological limitation.
Articles should be based extensively on primary research, must not have been previously published in another form or outlet, and should not be currently under consideration by another journal or book series. Essays (between 7,500 and 20,000 words, including footnotes) should comply with the journal’s style sheet. Submissions for the 2019 prize should be sent by 31 December 2019. In order to allow for sufficient time for the peer review process, early submissions are welcomed. Detailed submission instructions can be found at brill.com/jcmh. For further information, please contact the editors-in-chief, David A. Graff, This email address is being protected from spambots. You need JavaScript enabled to view it. and David Curtis Wright, This email address is being protected from spambots. You need JavaScript enabled to view it.. The prize is open to graduate students who are currently registered at a higher education institute, or to those who have obtained their doctoral degree after January 1, 2012.