The first volume of On Contested Shores: The Evolving Role of Amphibious Operations in the History of Warfare was published by Marine Corps University Press in 2020. Co-editors B.A. Friedman and Timothy Heck are now recruiting chapter authors for a second edited volume featuring expert strategic analysis, historical analysis, and commentary on the past, present, and future of amphibious operations across the range of military operations. Building on the success of the first volume, approximately twenty scholars will engage subjects ranging from the history of amphibious operations, doctrinal and national perspectives, and the future of amphibious operations. Each essay will not only shed light on the past but also illuminate critical methods for understanding current and coming conflicts. It is anticipated that submissions should be between 3,500 and 6,000 words with citations and endnotes as necessary. Interested applicants should email a 500-word abstract and a one-page CV (per participant) no later than 15 February 2022 to the editors at This email address is being protected from spambots. You need JavaScript enabled to view it., and include "OCS 2 Chapter Proposal" in the email subject line. Selected participants will be notified by late March 2022 and will be asked to submit a full draft by 1 August 2022. 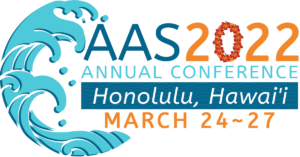 Looking for panelists for 2022 AAS conference in Honolulu.  The theme of the panel is "Rivers as the Arteries of Empire in Imperial China."  This can certainly involve military history, but can encompass other things such as grain transport, trade, dragon boat racing & festivals, imperial tours and processions, etc.  If there's sufficient interest I'll craft the panel proposal around the papers.  As a starting point I plan on doing a paper on "Qing Innovations in Riverine Warfare During the Taiping Rebellion."  Feel free to contact me directly at This email address is being protected from spambots. You need JavaScript enabled to view it. with any questions.

The Chinese Military History Society held its 2021 annual conference online on May 14. Six papers were presented:

Since Xi Jinping's ascendancy to the leadership of the Chinese Communist Party and the People's Republic of China in late 2012/early 2013, renewed emphasis on ideological work and increased efforts to reinforce the party's socio-political control have become characteristic of his rule. Accordingly, parallels between Xi Jinping and his -- presumed -- spiritual predecessor Mao Zedong (1893-1976) have been drawn. The revival of the terms "struggle" (fendou) and "fight" (douzheng) since around 2017 has also corroborated the belief that Xi is increasingly resorting to militant Maoist ideological precepts to consolidate his party's grip on power. While this paper acknowledges the recent de-ideologization drive in Chinese politics, it argues that it is hardly leftist: As Xi is neither willing to relinquish his party's exclusive claim to political power nor to abandon his ideological persuasions (and after slowly exhausting pragmatic means to legitimize his rule), he has begun to make use of syncretic ideas and concepts that -- in their entirety -- only converge in the militaristic ideology of fascism: the invocation of increasingly belligerent nationalistic, holistic, (pseudo)-palingenetic, and capitalist-socialist ideas, coupled with renewed party control and charismatic leadership. In order to substantiate this claim, this paper will juxtapose Xi's measures to fortify CCP rule with those taken by Chiang Kai-shek in the 1930s, when he, at the suggestion of military circles, initiated the -- often deemed fascist -- New Life Movement (Xin Shenghuo Yundong) to militarize and mobilize society in an attempt to modernize China and destroy the Communist threat to his claim to national power.

Issue 10.1 of the Journal of Chinese Military History was published in June 2021. It includes four book reviews and the following articles:

As part of the ongoing celebration of ten years of publication of the Journal of Chinese Military History, Brill will be making another set of five articles available for free download at https://brill.com/view/journals/jcmh/jcmh-overview.xml beginning in early July.